MODENA, Italy and CHANGCHUN, China – Silk EV, an international automotive engineering and design company, and FAW, China’s largest car manufacturer, announced today that they have launched a joint venture to develop a series of ultra-luxury, high-performance, new energy sports vehicles for the China and global markets.

The Silk-FAW Joint Venture plans to launch the new full electric and hybrid luxury models under the Hongqi ‘S’ series – the first model of this series will be the ultra-luxury hypercar, the S9. The Hongqi S9 will be designed and manufactured in Regione Emilia-Romagna, the heart of Italy’s Motor Valley, where Silk EV has its headquarters. As development of the Hongqi ‘S’ Series lineup continues, production will be in both Italy and Changchun, where FAW’s headquarters is located.

Today’s launch of the joint venture follows an announcement by Silk EV and FAW in May 2020 of their plans to integrate the best of China and Italy’s capabilities in a partnership that combines cutting-edge automotive, artificial intelligence, connectivity, innovative battery solutions, and IoT with Italy’s world-class design and engineering expertise. The Silk-FAW partnership is the first joint venture between China and Italy in the super premium and premium auto segments with a commitment of more than €1 billion.

Government officials from Italy and China joined executives from Silk EV and FAW at a virtual ceremony held in both China and Italy today to mark the formal launch of the joint venture. In attendance from Italy were Under-Secretary of State for Foreign Affairs, Manlio Di Stefano, the President of Emilia-Romagna, Stefano Bonaccini, and the Councilor for Economic Development of Emilia-Romagna, Vincenzo Colla. In attendance from China were Party Committee and Secretary of Jilin Province Municipal Party Committee, Jing Junhai, Jilin Province Governor, Han Jun and Party Committee and Secretary of Changchun Municipal Party Committee, Wang Kai and Changchun City Mayor, Zhang Zhijun. Representing the Silk-FAW joint venture were Chairman and Party Secretary of FAW Group, Xu Liuping, and Silk EV Chairman, Jonathan Krane. The ceremony was also attended by other government officials from both countries and guests from the Chinese and Italian automotive and mobility industries, including the Italian Ambassador to China, Luca Ferrari.

The joint venture will be a unique opportunity for China and Italy to bring forth the future of mobility and electrification technology, thereby setting a new benchmark for the world and improving the global automobile ecosystem.

“The joint venture marks a major milestone under the Belt & Road initiative for China, Italy and the global automotive industry. It is a unique opportunity for FAW to build on its legacy of car-making excellence in Jilin province – the center of China’s automotive industry – and for FAW Group to come together with Italy’s Motor Valley – renowned for its luxury and racing automotive heritage, integrated ecosystem, and world-class engineering – to become the new benchmark in new energy vehicles. We look forward to building a successful, long-term venture with Silk EV,” according to Chairman and Party Secretary of FAW Group, Xu Liuping. Mr. Xu added that the Hongqi ‘S’ series developed by the JV will come under FAW’s Hongqi brand and support its target to sell one million Hongqi vehicles annually by 2030.

“Silk EV is excited and honored to be partnered with FAW Group, China’s leading auto manufacturer. This strategic partnership between the best of the Chinese and Italian automotive industries uniquely positions the Hongqi ‘S’ series at the intersection of ultra-luxury, high-performance sports vehicles, and new energy vehicles. Our vehicles will combine a dynamic, sustainable, and exclusive driving experience with the use of cutting-edge technology and innovation, delivering to China and the world the next-generation of luxury new energy vehicles. Through the collaboration of the prestigious FAW Group and Silk EV’s highly-skilled, world-class expertise in Italy’s Motor Valley, the Hongqi ‘S’ series will lead a new era in luxury and sustainable mobility,” said Chairman of Silk EV, Jonathan Krane.

The world-renowned Italian car designer, Walter De Silva of Walter De Silva & Partners, has been appointed as Vice President of Styling and Design for the Silk-FAW JV. He will design the entire lineup of the Hongqi ‘S’ series of new energy vehicles which will embody the essence of innovation and beauty. “I am excited to be designing the Hongqi ‘S’ series of new energy vehicles. We are in the final styling phase for the Hongqi S9. The S9 has core elements of beauty and elegance, ultimately embracing the ‘Essence of Beauty’. China and Italy are leading automobile innovation with this joint venture, establishing a new cultural model that believes in the beauty of design and technology as the link between these two great countries,” said Vice President of Styling and Design of Silk-FAW, Walter De Silva.

Founded in 2018, SILK EV is an automotive engineering and design company headquartered in Emilia-Romagna, the Motor Valley of Italy, with additional operations in China and the United States.

Silk EV brings together the leading experts in Italian and global automotive design and engineering to build a global brand of new energy vehicles of world-class performance representing the pinnacle of technological innovation, connectivity, and style.

China FAW Group Corporation (“FAW” or the “Group”) formerly China First Automobile Works, traces its roots to July 15, 1953, when its first assembly plant was constructed. As one of China’s oldest and largest automotive manufacturers, FAW has more than 130,000 employees, registered capital of RMB 35.4 billion yuan and total assets of RMB 457.83 billion yuan.

The Group owns the Hongqi, Bestune and Jiefang brands. In 2019, FAW delivered 3.464 million vehicles to customers. Group sales revenue in 2019 totaled RMB 620 billion yuan, while earnings amounted to RMB 44.05 billion yuan. In addition, the Group is 87th on the 2020 Fortune Global 500 list. 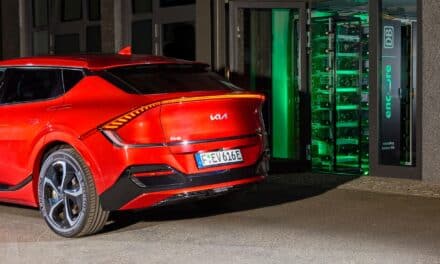 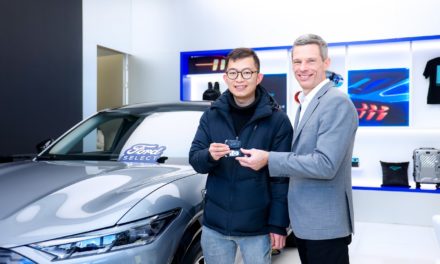 Mustang Mach-E Is Delivered To First Customers In China 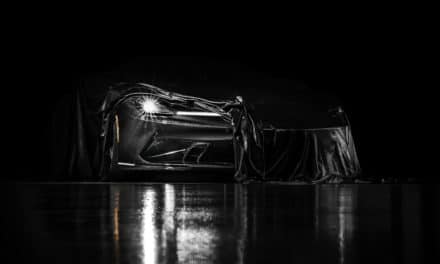 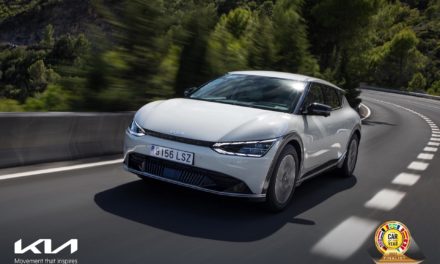 Kia EV6 shortlisted for 2022 Car of the Year in Europe