The Transparent Factory in Dresden began series production of the fully electric ID.3 today. This makes it the second production site for the ID.3 and already the fourth site in the world producing Volkswagen models based on the Modular Electric Drive Toolkit (MEB). At the same time, Volkswagen is opening a new chapter in the Saxon capital: Over the coming years, the former “Center of Future Mobility” will steadily transform into the “Home of the ID.”

The central goal: To act as a beacon for Volkswagen in Germany, offering customers, visitors and guests a holistic experience of the ID. family – from initial advice and test drives, to production visits, co-constructing the ID.3 and modern event formats, up to the handover of electric vehicles. An additional focus of the strategic realignment is the development of a research and innovation site that drives innovative projects on a pilot scale for later use in large capacity sites at Volkswagen.

Thomas Ulbrich, Member of the Board of Management for Electric Mobility at Volkswagen, says: “Volkswagen is continuing to pursue its electric offensive. In addition to new electric models, this also includes the transformation of the global production network. At Dresden we are already converting the fourth Volkswagen site to the new ID. family and the MEB. At the same time we are ramping up volume production in the Zwickau electric car plant and in our two Chinese MEB plants every week. In doing so we reaffirm our ambitions to take on a role as global leaders in electric mobility.”

Danny Auerswald, Site Manager of the Transparent Factory, says: “The Transparent Factory plays an important role within the Volkswagen brand: Here, visitors, customers and guests come into direct contact with the mobility of tomorrow. We are a production plant, tourist attraction, event location, test lab and delivery center – all in one. With the start of the production of the ID.301, we are giving the green light for our strategic realignment.”

Thomas Aehlig, Chairman of the Works Council of the Transparent Factory, says: “In 2017 we were the first site to completely transform in the direction of electric mobility. As the works council, it was – and is – very important to continue to secure employment here in Dresden. We guarantee added value for the brand and the Group from the new areas of business. From a technical standpoint, we are now capable of producing additional MEB models in the Transparent Factory.”

The first ID.3 rolled off the assembly line in the presence of Saxony’s Minister of Economy and Transport Martin Dulig, mayor of Dresden Dirk Hilbert, the management of Volkswagen Sachsen, with Dr. Stefan Loth (Technology & Logistics), Karen Kutzner (Finance & Controlling) and Dirk Coers (Human Resources), and the Chairman of the General Works Council of Volkswagen Saxony, Jens Rothe.

The Transparent Factory is already the fourth site in the world producing Volkswagen electric cars based on the Modular Electric Drive Toolkit. The first site, the Zwickau plant, kicked off MEB production. At the end of 2020, the Chinese sites in Anting and Foshan also started production of MEB vehicles. Together, these four plants have a maximum production capacity of more than 900,000 vehicles a year. The next sites in Emden, Hanover and Chattanooga (USA) are also preparing for MEB production.

New areas of business secure employment at the site

In addition to production, this will create new or expanded areas of business. There are currently 380 employees working at Volkswagen’s Dresden site.

In future, significantly more vehicles will be handed over to customers in the Transparent Factory. To that end, a second delivery point was recently set up in the factory – which is unique in the automobile industry. The number of vehicle handovers to customers is expected to increase from 1,301 in 2019 and 3,296 in 2020 to more than 5,000 vehicles in 2021. The goal is around 9,700 deliveries a year by 2022.

The Functional Testing station in Dresden is being further expanded. It is an integral part of the worldwide network of testing stations for the overall vehicle development. Its focal points: The testing of assistance systems, mobile online services, engines and chassis.

In the Technical Vehicle Service, used vehicles will be inspected and repaired. Electric vehicles will also be prepared for delivery at the Transparent Factory. The goal is to deliver vehicles produced in Dresden primarily in Dresden.

Moreover, the topic of Production 4.0 will be driven forward in the Transparent Factory. The guiding principle is the automation and digitalization of complex operations within assembly and logistics. Specifically, the factory will act as a planned pilot plant in the Company for the development and application of new technologies in real series processes.

Technical equipment for the ID.3 in two waves

At the beginning of 2021, the production area of the Transparent Factory was converted to meet the requirements of the Modular Electric Drive Toolkit (MEB). The first conversions for the ID.301 already took place in summer 2020. As one of seven stations, the “marriage”, where the body and chassis are bolted together, was adapted. The conversion measures in winter include, for example, the installation of a system on which the panoramic roof is fitted and for the adaptation of the gripping devices for installing the cockpit and seat system.

The launch of the e-Golf also marked the strategic realignment of the company into a “Centre of Future Mobility.” Innovative business areas such as the “Future Mobility Incubator,” Volkswagen’s start-up program, and the “Future Mobility Campus,” a learning laboratory for training and further education, the expansion of vehicle delivery and as a test field for Production 4.0, have made the location fit for the future. This successful transformation will continue at full speed with the series production of the ID.3 and the strategic realignment to the “Home of ID.” 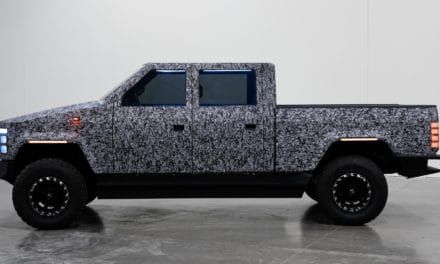 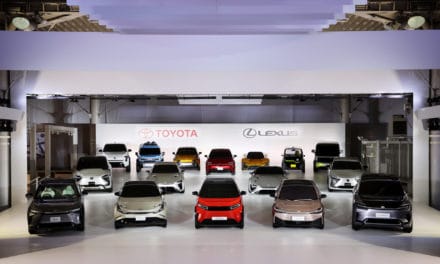 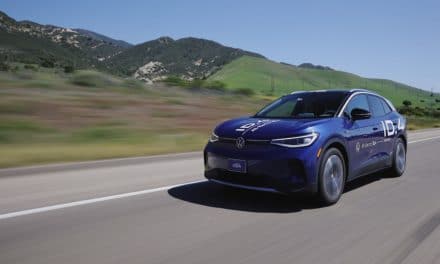 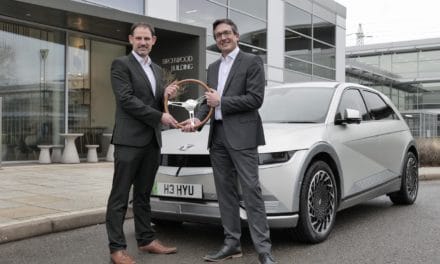