Interview with Zander Isaacson, Co-Founder and CEO of XEAL

The electric vehicle movement is speeding up, making significant gains over the last several years. The industry, however, faces an uphill battle with the availability of reliable chargers for owners. The team at Xeal, led by Co-Founder and CEO Zander Isaacson, has set its sights on this issue.

The company was conceptualized in 2018 when Isaacson connected with Nikhil Bharadwaj at Penn State University. Bharadwaj was creating electric bikes and Isaacson invited him to join a startup accelerator and innovation hub that Isaacson founded and continues to serve as an advisor for.

The company was officially launched in 2019 in California, targeting Fortune 500 companies, luxury apartments, and the California Department of Transportation. Today, Xeal focuses its business primarily on commercial real estate, including the multifamily industry.

Xeal received an honorable mention in 2022 Fast Company’s World Changing Ideas Awards, and was a finalist in the 2020 Global Mobility Challenge and a startup competition sponsored by Comotion and London’s Department of Transportation.

Prior to starting Xeal, Isaacson worked as an investment banker at Citi Global Markets and Torreya Partners in the mergers and acquisitions division. In IB, he worked on M&A and licensing deals for a variety of technology companies, including those in the electric vehicle (EV) sector.

Isaacson’s goal is to change the all-or-nothing approach to technology that hampers the progress of smart cities. He wants to make not just the use of EV charging as frictionless as possible, but bring that to other tech as well.

The EV Report took a moment to speak with Isaacson, and examine the rise of EVs, the challenges the industry is facing, and how Xeal is setting itself apart from the pack.

Nationwide EV adoption is taking off, but critics point to a lack of reliable charging infrastructure as being one of its uphill battles. How is Xeal changing the game here?

The 2021 Plugin America survey revealed that slightly more than half of EV drivers said they encountered chargers that were non-functional for daily use. Another study conducted by the University of California-Berkeley found that more than a quarter of chargers were either broken or unusable. Some of these issues were due to maintenance or poor design. However, Cisco’s Hidden Costs of IoT study revealed that around 95% of the problems were tied to central networking and connectivity issues, which is the root that makes all smart functions work (e.g., screen display, initiating a charger, payments, diagnostics).

Network downtime is currently the leading need for support. The average response times range from 25 minutes for Tier 1 and 2 to 5 hours for Tier 2. Issues can occur as many as 15 times a year for some deployed devices, according to Cisco’s examination on The Hidden Costs of IoT.

Smart charging stations will encounter similar and exponential issues if connection to a central server continues to be required for operation, which is the status quo today.

Connecting a charger to a central server requires adequate connectivity, such as ethernet hard wiring or a cellular/WiFi signal in the building. That connection needs to travel beyond the building and across the country via telecom towers to reach a central destination like Amazon Web Services or something similar. There are numerous external factors that can interrupt data transmission, including bandwidth constraints local to the building, network congestion external of the building, or the central network being down. If any of these issues occur, the charger cannot initiate a charging session to start or process the transaction to end the session.

The common misconception is thinking central networking success depends on the building’s IT infrastructure or can be solved by having multiple “highways” of cellular connection configured in the charging station (e.g.,Verizon, AT&T, and other cellular sim cards). A charging station is only “smart” if the charger is able to communicate to a cloud computing server far away in another state, illuminating the single point of failure problem that is destined to fail at scale.

Xeal’s Apollo protocol solves for these challenges by eliminating dependency on a central server, and the subsequent need for any cellular or WiFi connectivity. Rather than depending on a central server, Xeal’s distributed ledger technology empowers each charging station to function in a self-reliant way, leading to 100% uptime for drivers and no IT infrastructure costs for building owners. Since launching Apollo nearly a year ago, we’ve experienced 100% uptime in 40+ markets where we’ve deployed Xeal charging stations. We’re providing a robust and reliable future for electric vehicle drivers that’s built to grow alongside the industry.

How does the Apollo protocol work?

At the most basic level, we’ve decentralized the entire charging process, enabling payments and user authentication without connectivity or dependency on a central server. Going beyond that, Apollo is a new IoT category that functions using a new distributed communication architecture. Instead of the traditional internet architecture that operates similar to a plumbing system by physically connecting the flow of information and commands from antenna to antenna until it reaches a central destination, Apollo utilizes encrypted tokens via smartphones to operate outside of a linear system to achieve 100% self-reliance. This means the tokens would still start the session and transact even if the phone was on airplane mode.

What does this mean for current internet infrastructure?

We’re taking a “more with less” approach to the process. We’ve eliminated all the IT infrastructure traditionally needed with these deployments, which is a substantial portion of the installation cost. We’ve also eliminated paying a data plan and a recurring network fee. This accelerates the return on investment (ROI). Additionally, Xeal’s holistic power optimization technology also empowers owner/operators with the ability to install up to three times as many charging stations without electrical upgrades, creating more value for our clients and their properties.

Current internet infrastructure is deployed from the top-down and can have capacity limitations at the site level. As buildings add more devices to their network, like EV chargers, the burden on their network increases and can cause poor performance of the chargers that leads to a poor driver experience. Placing chargers where connectivity is best in buildings can also severely limit charger location options and increase installation costs. Xeal can deploy these devices anywhere in the world as long as power is running to them.

How does Xeal view the Biden administration’s new Inflation Reduction Act and the dollars put forth to build a nationwide infrastructure?

Public fast-charging networks have dominated much of the EV charging discussion and those investments are important to the ultimate success of EVs. However, the Biden administration’s plan to quintuple the number of public fast-charging stations ignores one of the important facts about EV charging. Primarily, more than 80% of EV owners prefer to charge vehicles at their place of residence and more than 40% of them charge exclusively at their homes, necessitating the prioritization of multifamily communities.

Many of the highly-publicized chargers planned by the Biden administration are DCFCs, sometimes referred to as Level 3 DC charging. Popular opinion is that in order to spur greater EV adoption, the nation needs a greater availability of DCFCs, but we know that an equal — if not greater —  emphasis needs to be placed on apartments and places where people work.

The great part of the plan is that it’s finally focusing on reliability standards as a core issue. The Biden administration is requiring 97% uptime, meaning that chargers deployed under this program must be online and available to dispense energy 97% of the time. Even at that rate, this means a significant portion of the 500,000 planned chargers can be non-functional. There are options to provide 100% uptime. We don’t have to leave 15,000 people stranded and unable to charge. Range anxiety is a key element to consumer choice when switching to an electric vehicle, so enhancing reliability standards is crucial for greater adoption.

The journey to electrification has brought so many players to the space. How did Xeal find its foothold in the industry and with its partners?

When Xeal first started, we were an app that had to connect to the charger through the traditional IoT and centralized network architecture. We launched it in 12 different cities, and the results were not what we’d hoped for. We received numerous complaints typical of what a lot of EV charger companies get today. The app wouldn’t connect to the charger, the charger wouldn’t start and people were getting stranded.

In 2019, three things happened. First, the pandemic brought contactless, mobile payments into the mainstream, so people were comfortable with the idea. Second, there was the introduction of the idea that ledgers can be distributed and sent back-and-forth through different devices instead of just a central hub, like a bank or a server. Finally, Apple and Google released toolkits that allowed smartphones worldwide to bidirectionally communicate.

At the time, our backs were against the wall, but it pushed us to look at EV charging systems on a whole new level. We didn’t want to be a company that blamed the failure of our chargers on an internet service provider and ignored the root issue. That’s not the future Xeal wants. That’s not why Xeal exists. We didn’t want to be part of a system where charger companies get consumers to switch to electric, then they go right back to gas when they continually encounter problems with charging. We set out to create a system that successfully addressed the common EV charger issues, and give drivers the confidence of knowing they will be able to power their cars when they see a Xeal charging station.

It was the right moment, along with the fact that we didn’t have a plan B. We had no VC funding, and we filed the patent in anticipation of this new communication capability being possible with only a smartphone. The end result? We don’t have downtime.

Does this decentralized approach have application in other industries?

Absolutely. Oftentimes I say “smart devices” instead of “charging stations,” so it paints the accurate picture that this can be used for other things. I think that’s what makes a good invention — its endless uses include smart access (ie. door locks, smart packaging lockers, micro-mobility) and smart payment (ie. POS systems, smart laundry, vending machines, smart delivery) — just to name a few. As we say, Apollo can be deployed anywhere in a building and everywhere in the world, from the parking garage to the highway.

Cloud computing was built about 20 years ago, and it’s worked really well until now. It was built to support the physical infrastructure of telecom towers connecting like Christmas lights, rather than mobile data centers traveling in our pockets. Now, we have this explosion of connected devices — smartphones, smart watches, scooters, self-driving vehicles and much more. These are all using exponentially more data than the physical bandwidth can effectively support. Cloud computing is good for now but not built to last for our future. Xeal created a way that connects everything without requiring an infinite amount of supply. Balance and autonomy to accelerate a sustainable future. 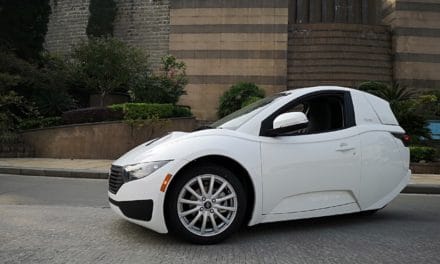 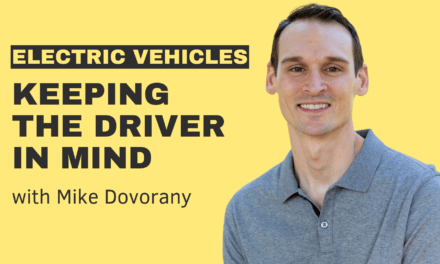 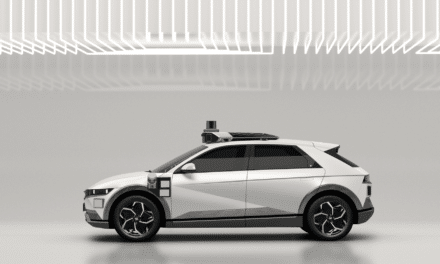 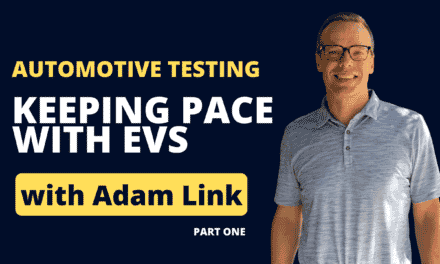