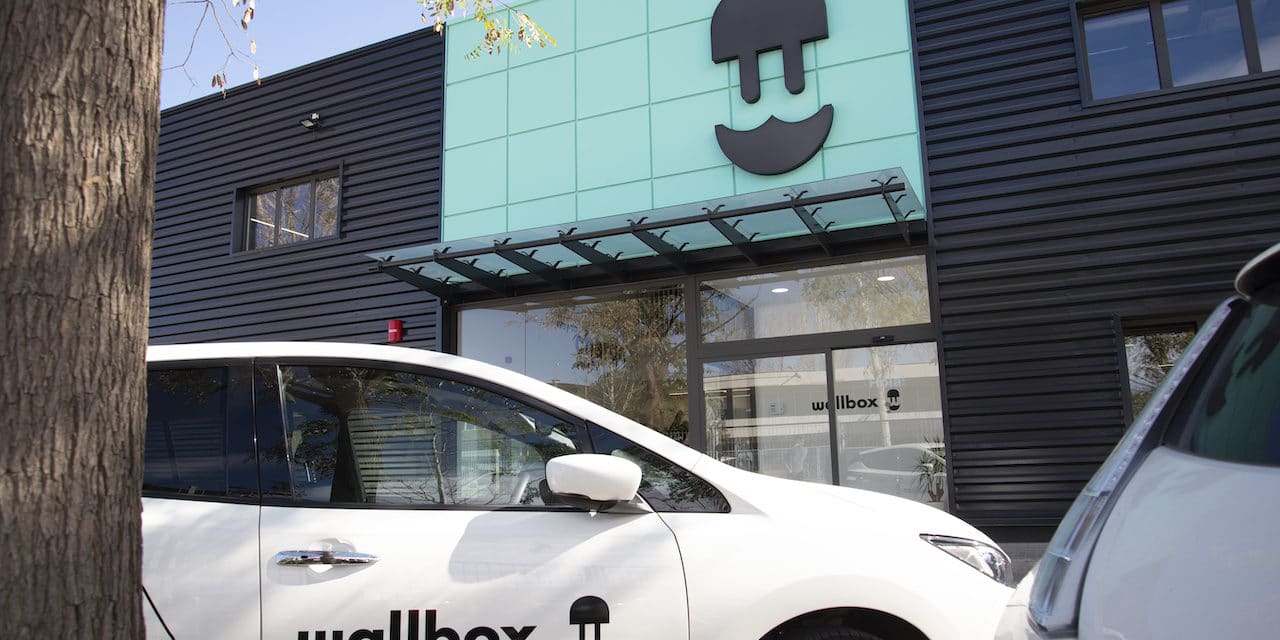 With an expected production capacity of over 750,000 chargers per year, the new plant will put the company in a position to respond to the growing demand for electric vehicles.

Also present at the event were the special delegate of the Consorci de la Zona Franca, Pere Navarro; the president of the Diputació de Barcelona, Núria Marín and the Delegate of the Spanish Government in Catalonia, Maria Eugènia Gay. In addition, all the members of the Board of Directors of Wallbox, prominent investors, customers, and suppliers, among others, attended the event.

Enric Asunción, CEO and co-founder of Wallbox, welcomed all the attendees and explained that “this is Wallbox, a company that works with a clear objective: to be the best in charging solutions for electric vehicles and energy management worldwide. We are no longer a start-up. We have grown and now we are a global company with a presence in almost 100 markets and listed on the NYSE. We are still growing! And here, in this factory that we are inaugurating today, you have proof of that”.

According to the president of the Generalitat, Pere Aragonès, “It fills me with pleasure to accompany the inauguration of the new Wallbox production plant in Barcelona. This milestone is essential, not only for environmental and energy reasons, but also for the development and transition to electric mobility. Without Wallbox, it would not be possible”.

“Wallbox’s innovative spirit is allowing us to react more quickly to the global supply crisis, due to the shortage of components on the international market”, assured Reyes Maroto, the Minister for Industry, Trade and Tourism of the Spanish Government. “Moreover, Wallbox’s commitment to sustainability goes beyond the products they manufacture. The best example is that by the end of 2022, between 30% and 60% of the energy needs of this factory production process will be managed through self-consumption. Additionally, the smart energy management system at your [Wallbox] Barcelona headquarters is a model to follow”.

For the Mayor of Barcelona, Ada Colau, “Barcelona is Spain’s technological and scientific capital, and one of the main ones in Europe. Both for the creation of leading companies such as Wallbox, which was born and raised in Barcelona and for attracting investors and congresses in the most advanced sectors such as sustainability and ICT. Events like today’s confirm that Barcelona is leading the economic recovery after the pandemic and that it is also in great momentum”.

“Today marks a milestone in a success story that we at Iberdrola feel part of, having partnered with Wallbox for the past seven years. Since 2015, our collaboration has not stopped growing. We backed Wallbox as part of our start-up investment program. We were the first purchaser of the Pulsar home charger and of the first Supernova public charging solution. Moreover, we have participated in Wallbox’s international expansion with orders for Iberdrola group subsidiaries in many other countries. Today I am pleased to announce that we will be the first customer for Wallbox’s new ultra-fast Hypernova charger, as part of the overall agreement to purchase a total of 10,000 Wallbox chargers, an amount similar to the total number of public charging points in Spain today. The alliance that we are strengthening today demonstrates the advantages of the symbiosis between consolidated business projects, such as Iberdrola, and emerging companies such as Wallbox”, explained Iberdrola’s Chairman, Ignacio Galán.

A pioneering factory for a company ahead of its time

Wallbox’s new factory in Barcelona is located in Zona Franca, a traditionally industrial area. Wallbox is one of the first startups to set up here and believes that its technological activity will renew and revitalize the area.

This new plant has involved an investment of approximately 9 million euros. It currently employs 203 people, but it is expected to employ more than 520 when running at its full operational capacity and in 3 shifts.

In total, the plant has four production lines: two dedicated to manufacturing the Pulsar+, Copper, Commander2, and Quasar chargers for Europe, and another producing Pulsar UL for the North American market. The fourth line is dedicated to the exclusive production of Supernova, the first public Wallbox charger. These automated production lines are at the forefront of production processes and they are designed to allow customers to receive their charger in just 72 hours (this is the time lap between when an order is approved and the parcel is sent). Currently, Wallbox’s new factory in Barcelona produces almost 1,200 chargers per day.

The new Wallbox factory in Barcelona began operating just over a year after the company and the Consorci de la Zona Franca signed a 10-year lease agreement for the land. The factory has 11,220 m2 and is built on a 16,800 m2 plot of land. This surface is occupied by an office area, a warehouse for materials, another for the loaders already produced and about to be shipped, the production lines and a validation area.

The facility is at the forefront of innovation, efficiency, production and capacity. In addition, this new factory carries the principles of sustainability that have always identified Wallbox. In this sense, the company is a pioneer in the application of the ‘cradle to cradle’ concept at an industrial level. This philosophy aims to eliminate waste and has been applied in the new factory from the moment construction began. The new factory also follows the principles of ‘lean manufacturing’ (the industrial philosophy that improves the production process by eliminating unnecessary systems, seeks to increase the quality of products, and eliminates all activities that do not add value, among others).

On top of this, during the third quarter of 2022, 4,500 square meters of solar panels are expected to be installed on the roof of the factory, which are designed to supply 900kW of renewable energy to the factory, representing between 30 and 60% of the estimated energy needs of the production process. This installation will mean estimated savings equivalent to the consumption of more than 400 homes, based on an [average electricity consumption of an average household in Spain].

Throughout 2022, the solar panels are expected to be connected to the Sirius system, the energy management software developed by Wallbox. Sirius not only integrates the solar panels but also the bidirectional Quasar chargers that are expected to be installed in the car park of the new factory. Wallbox plans to set around 30 of them to both charge the electric vehicles and discharge their batteries to supply the building with electricity. With all these elements – plus the electricity from the grid itself – Sirius is designed to autonomously decide at any given moment which is the best source of energy – depending on the needs at that precise moment but also on the price of electricity. Sirius’ unique and innovative technology is expected to make the Wallbox factory 100% self-sufficient within the next few years.

Research, development and innovation/ RDI, the main investment of Wallbox

Beyond the production area, one of the most outstanding spaces in the new factory is the validation area. This is the company’s third laboratory and is designed to allow the necessary tests and trials to be carried out to ensure the quality of both the software developed by Wallbox and the chargers. Durability tests of all products will also be carried out here with the two climatic chambers that allow the climate of any part of the world to be recreated. In this way, the company ensures that all its products are designed to be suitable for each region. These chambers allow extreme climates to be recreated, ranging from -80ºC to 170ºC. They also allow the chargers to be tested in dust, water, and saltwater.

This laboratory has other functions such as testing the compatibility of all the chargers developed by Wallbox with the different electric vehicle manufacturers. In addition, the validation area will also be used to develop the test equipment that will be used during the production process and that is designed to ensure the quality of all the products that leave the new factory line.

“Wallbox is a company that does not settle and is always looking for ways to innovate and make life easier for the user. That is why every year we invest a very important part of our budget in innovation. Not only that, but about a third of our staff, 300 engineers, are devoted to it. Because we know that our future as a company is always one step ahead and we plan to move forward with the market and the needs of the consumer”, concluded Enric Asunción, CEO of Wallbox.

The company has two other laboratories where it develops both its products and the validation tools for all the chargers it produces: one at its headquarters in Barcelona and the other in California (United States). Innovation and, therefore, investment in R&D&I is one of the company’s priorities. In 2021, Wallbox invested 12 million euros in this concept. 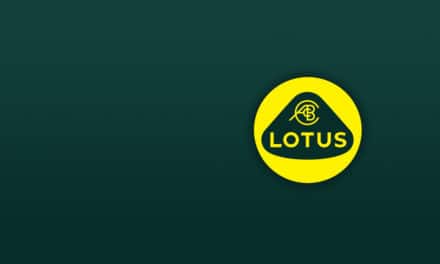 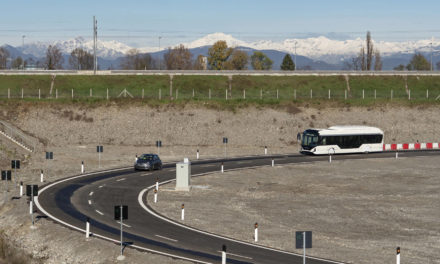 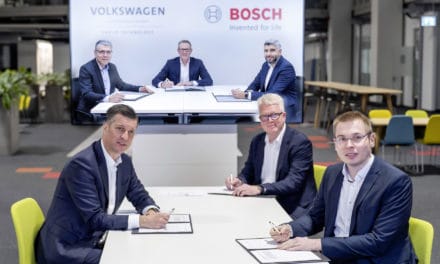