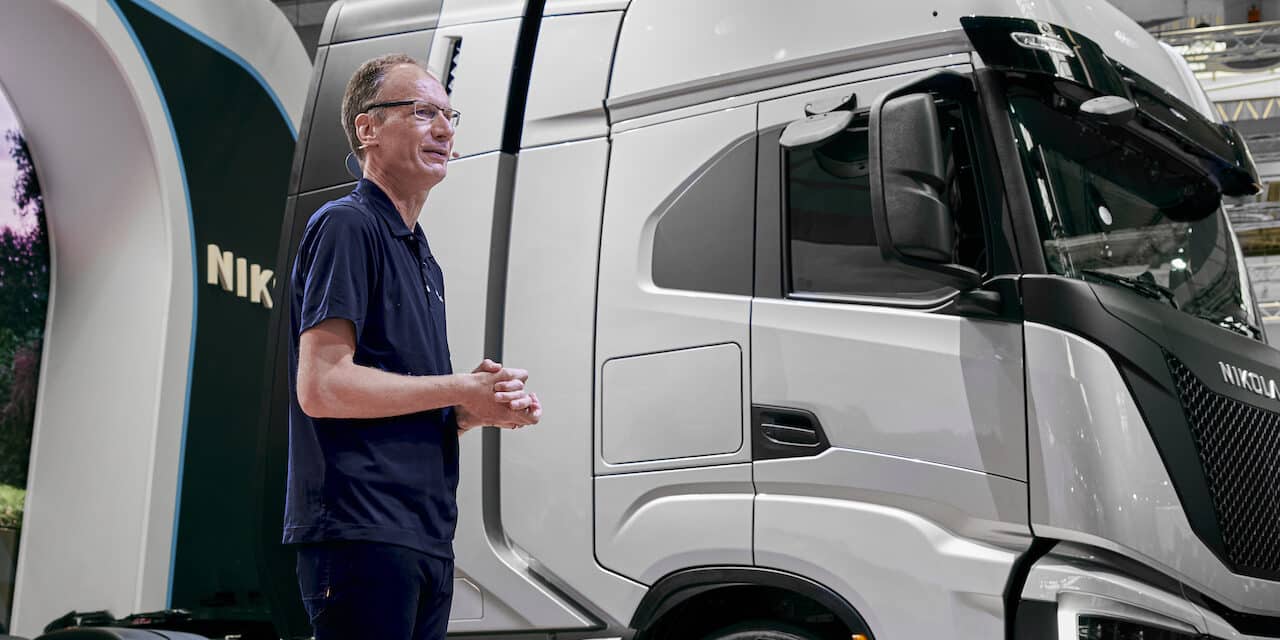 HANOVER, GERMANY – Nikola Corporation, a global leader in zero-emissions transportation and energy infrastructure solutions, began a new era in zero-emissions transport with their partner IVECO, the commercial vehicle brand of Iveco Group, at the IAA Transportation 2022 today. The companies commercially launched the European Nikola Tre battery-electric vehicle (BEV) and unveiled the European Nikola Tre fuel cell electric vehicle (FCEV) beta version. The two vehicles were presented at a press conference on the Nikola and IVECO main stage, where they are on display. Visitors to the exhibition can also view demonstrations in the outdoor IAA Test Drive Experience and ride alongs in the Nikola Tre BEV to experience its performance, comfort and advanced intuitive features.

The European 4×2 Artic version of the Nikola Tre BEV is a zero-emissions heavy-duty truck with the best-in-class range of up to 530 km and the performance to complete a wide range of regional missions.

The European Nikola Tre FCEV in beta version also made its debut, offering a glimpse of the soon-to-come electric propulsion semi-truck for long hauling, and is expected to launch in the second half of 2023 in North America and first half of 2024 in Europe.

“The Nikola Tre battery-electric and fuel cell electric zero-emission trucks are true game changers in commercial trucking,” said Michael Lohscheller, President, Nikola Corporation. “Specifically developed as electric vehicles, they deliver the performance and driving experience able to compete with their diesel-powered peers in the toughest heavy-duty missions. They offer operationally and financially viable zero-emissions solutions for regional applications and long-distance hauling that will give customers a true competitive advantage.”

“Today we are making history with the first products for the European market of IVECO’s powerful partnership with Nikola Corporation,” said Luca Sra, Truck Business Unit President, Iveco Group. “Together, our teams have designed a modular platform capable of hosting both fuel cell and battery propulsion technologies, starting with the European 4×2 Artic version of the Nikola Tre BEV heavy-duty truck making its debut here today. It is the first-ever electric-born modular platform for articulated heavy-duty tractors hosting both energy sources: battery-electric for missions of approximately 500 km and fuel cell electric powertrain for hauling up to 800 km in its first generation. A true revolution that marks a tangible step towards our ambitious goal of achieving a zero-emissions transport.”

The European Nikola Tre BEV is produced by the Nikola IVECO Europe joint venture in its dedicated manufacturing plant in Ulm, Germany. The facility, inaugurated in 2021, features a final assembly process specifically designed for electric vehicles and operates to world-class manufacturing standards.

Nikola and IVECO announced today the official opening of orders for the European 4×2 Artic version of the Nikola Tre BEV. The vehicle, which has a wheelbase of 4,021 mm, features nine batteries with a total energy storage up to 738 kWh, which delivers a range of up to 530 km. An 80% charge takes an estimated 100 minutes at 350 kW. With 480 kW continuous power of the FPT Industrial e-Axle, the truck has the power, torque and range to perform applications such as hub-to-hub deliveries and regional hauling – and its mileage can be extended with opportunity charging. This performance comes with low Total Cost of Ownership, making it an operationally and financially viable zero-emission solution.

In line with its driver-centric approach, every detail in the Nikola Tre BEV’s cab is designed to enhance life on board with a spacious and well laid out environment rich in comfort features and advanced functionality. The infotainment system is based on Nikola’s new-generation proprietary operating technology that integrates infotainment and navigation functions, as well as controls for most of the vehicle’s functions. The exceptionally smooth ride and a quiet environment add to the superior driver experience, which is expected to make the Nikola Tre a true favorite of drivers across Europe.

The Nikola Tre FCEV Artic 6×2 in beta version features a steering tag axle and a new cab with improved aerodynamic performance. With a wheelbase of 3,932 mm, it can accommodate approximately 70 usable kilograms of hydrogen at 700-bar pressure. This capacity, together with its fast-refueling time of under 20 minutes, enables a range of up to 800 km. When Nikola Tre FCEV enters the European market in 2024, zero-emission electric propulsion for long-haul missions will become a reality. 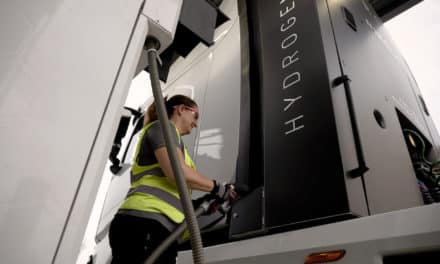 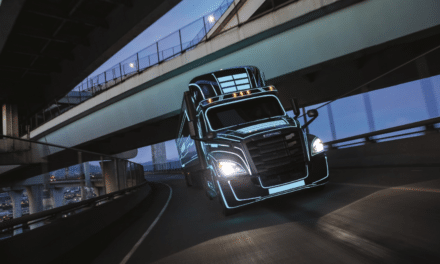 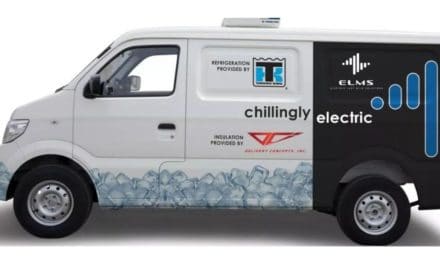 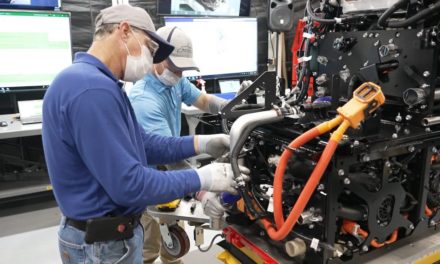 Toyota to Assemble Fuel Cell Modules at Kentucky Plant in 2023