Rebirth of an Icon: Countdown Launched for the Electric ID. Buzz

Hannover, Germany — The world premiere of the ID. BUZZ concept car at the Detroit International Auto Show in January 2017 triggered a sensational response around the globe. The positive feedback made only one decision possible: the concept car had to go into production. Five intensive years of development work followed. Now the time has come: the ID. Buzz is ready for primetime. Volkswagen is activating the countdown for a double world premiere: on March 9th, the all-electric ‘Bus will be unveiled as the ID. Buzz (5-seater) and Buzz Cargo (van).

Volkswagen Commercial Vehicles is currently going through the final phase of ID. Buzz prototype testing. Right now, the pre-production fleet is touring Europe. These are final test runs under everyday conditions between Barcelona, Paris, London, Amsterdam, Copenhagen, Hamburg and Hannover. Kai Grünitz, Head of Vehicle Development at Volkswagen Commercial Vehicles, says: “Before we start full production of the ID. Buzz, these final trials with vehicles that are virtually identical to the ultimate full-production specification provide us with indispensable input for the final vehicles.”

The ID. Buzz prototypes are now running around in only slightly disguised form. It is becoming obvious that the designers have rigorously transferred the styling of the 2017 concept car to the 2022 full-production version. Both ID. Buzz versions also draw on the design elements of the legendary T1, the original ‘Bus. Those elements include extremely short body overhangs, maximum utilization of space on a minimal footprint, the classic division of the vehicle body design into an upper and lower level, and the unmistakable V-shaped face. And just like the original ‘Bus, the ID. Buzz also has rear-wheel drive.

Despite all the links to the model line’s great history, the avant-garde ID. Buzz gives electric motoring a new face. What has been created is a unique vehicle, because the ID. Buzz is electric from the ground up. Both versions of the ID. Buzz indicate that their owners having taken an intelligent decision on mobility, by which both private and business users are able to help address climate change by driving a zero-tailpipe-emission vehicle.

The new model line is based on the Volkswagen Group’s Modular Electric Drive Kit (MEB). Both ID. Buzz versions are launching this year in Europe with a high-voltage lithium-ion battery providing gross energy content of 82 kWh (77kWh net). The battery supplies a 150 kW (201 horsepower) electric motor that is integrated in and drives the rear axle. The top speed is electronically limited at 145 km/h (90 mph). Official figures for range are not yet available.

The new ID. Buzz is a very agile vehicle. For a start, the electric motor builds up its maximum torque of 310 Nm (229 pound feet) from a standing start. Moreover, the vehicle has a very low center of gravity, as the battery is located in the floor of the vehicle, helping ride and handling performance. By virtue of its design, the ID. Buzz has another advantage: the electric Bus’s turning circle is only just over 35 feet.

Maximum utilization of space and a wheelbase like the T6.1

Volkswagen Commercial Vehicles has developed a versatile structure based on the MEB architecture that facilitates a wide spectrum of use cases: With its five seats, the ID. Buzz is just as perfectly tailored to leisure time as it is to business use. With the three-seater ID. Buzz Cargo, an ultra-modern zero-tailpipe-emissions van is coming to market. But that is just the beginning. The portfolio will be extended when another model with a longer wheelbase and a broader range of possibilities in the interior debuts within the coming year.

Lots of space for people, luggage and work

Thanks to the space-saving MEB concept, the ID. Buzz and ID. Buzz Cargo offer unusually good space utilization. The five-seater ID. Buzz takes up to 1,121 liters (39.6 cu ft) of luggage even with all seats occupied. The maximum load capacity of the ID. Buzz Cargo, which is fitted with a partition behind the front seats, is more than 3.9 cubic meters (5.1 cubic yards).

Using the latest ID. software, the model line will in future offer clever charging solutions such as the ‘Plug & Charge’ function. Using this function, the ID. Buzz authenticates itself at many providers’ (DC) quick-charging stations via the charging connector, exchanging all necessary data with it in this way. And there is going to be another new feature: bi-directional charging. This technology opens up a whole new spectrum of possibilities, such as the ability to store excess power from a home’s solar panels in the ID. Buzz’s battery and to feed it back into the home in the evening.

Across the board, the ID. Buzz and other ID. Models are designed so that software updates can be downloaded over the air. These include both updates for the infotainment system and updates relating to charging or driver-assist functions. The spectrum of driver-assist systems available across various markets includes innovatively interconnected technologies such as the new ‘Trained Parking’ function (automatic maneuvering into and out of parking spaces); ‘Car2X’ (warnings and hazard alerts in the local vicinity); and the latest version of ‘Travel Assist’ that features crowdsourced data to facilitate forward and lateral guidance on a partly automated basis across the full speed range.

Production of the ID. Buzz starts in the first half of this year, and the European launch follows just a short time later in the Fall. The ID. Buzz is also set to be sold as a long-wheelbase model in the U.S., marking the eagerly awaited comeback of a vehicle that had a fanbase all the way from New York to San Francisco.

First forerunner of the ID. Buzz made its debut 50 years ago

The ID. Buzz is incidentally not the first ‘Bus with an electric drivetrain. Fifty years ago at the Hannover Trade Fair, Volkswagen showed a prototype T2 powered by a rear-mounted electric motor. The maximum range of 85 kilometers (53 miles) showed, however, that the battery technology was still far from being suitable for practical use. But even back in 1972, the dream the dream of a tailpipe-emissions-free ‘Bus was born. In 2022, it is now becoming a practical reality. 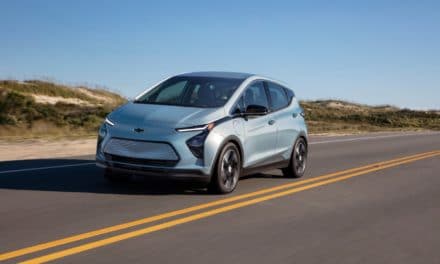 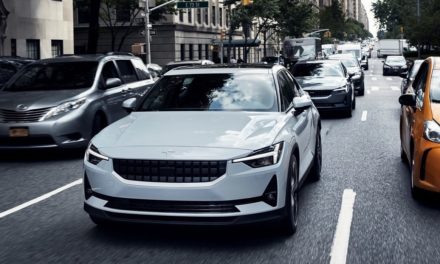 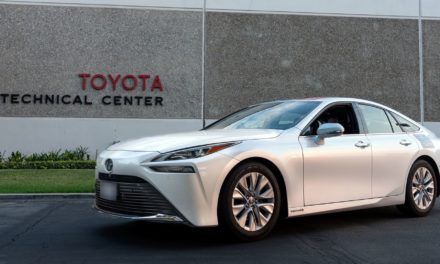 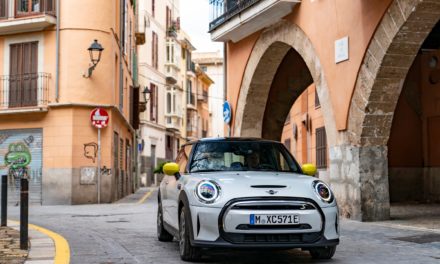 More than 15 percent of all new MINI are already electrified