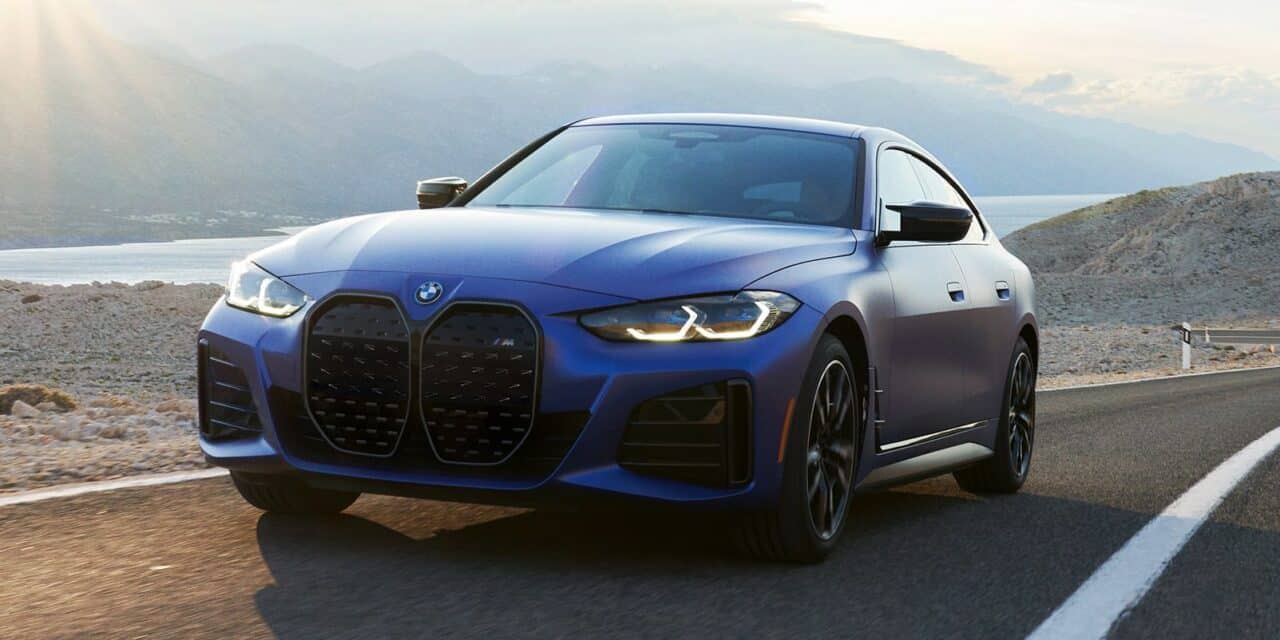 CHATHAM, Mass. – Continuing the lineage that began with the pioneering of the sport sedan concept in 1968 with BMW’s introduction of the iconic 2002 coupe, the German automaker has produced the 2022 BMW i4 M50 Gran Coupe, its first all-electric performance model.

Settling down into the i4 M50’s Tacora Red perforated SensaTec artificial-leather sport seats – you sit low and snug in this sport coupe (I still have trouble referring to anything with more than two doors as a coupe), well located for spirited driving. And the dual-motor, all-wheel-drive setup and performance-engineered suspension provide the dynamics for just that!

Dual motors can be boosted to 536 horsepower

The BMW i4 M50 is powered by the fifth generation of the company’s eDrive technology, in this case with two motors: a front 255 horsepower and a rear 308 hp one, which together put a combined maximum output of 536 hp. The electric motors developed in-house by the BMW Group have an efficiency factor of 93 percent, bettering the efficiency figures achieved by current combustion engines of less than 40 percent.

The excitation of the rotor in the BMW i4 motors is not induced by fixed permanent magnets, but the feed-in of electric energy. This means BMW does not need rare-earth metals which would be required for magnetic components.

The driver can summon the 536 hp, as well as the maximum 586 pounds-feet of torque, by activating Sport Boost. This action provides a 10-second burst of power when you really want to motor and, according to Car and Driver, can propel the i4 M50 to 60 miles per hour in supercar-like 3.3 seconds! (In normal, none-boost mode, the i4 M50’s motor output is 469 hp and 538 lb.-ft., still in very-high performance territory!) The amount of times Sport Boost can be activated and for how long is dependent upon the level of the battery’s charge.

Speaking of the battery, the 5th generation BMW eDrive technology includes a high-voltage battery with volumetric energy density at cell level up by 40 percent compared to the battery in the current BMW i3 (MY 2020).

The high-voltage battery in the i4 is comprised of four modules with 72 cells each and three 12-cell modules. Together they provide a net energy content of 83.9 kWh gross and 81.5 kWh net. This allows the BMW i4 eDrive40 to deliver an EPA range of 227 miles when equipped with 20-inch wheels as on the test car.

Some 90 miles can be added to the range via a DC fast-charging station, including those run by EVgo, the nation’s largest public charging network. BMW Charging Powered by EVgo – a partnership of the two enterprises — enables BMW drivers to see real-time status of chargers, initiate a session, check their account status, and more all within the BMW Charging Powered by EVgo mobile app.

The i4 M50 has a regenerative-braking system that can modulate the braking force based on data from the navigation system as well as from the driver-assistance systems.

Specifically, “Just before reaching a turn, a traffic light at a junction or a section of road with a lower speed limit, for example, a very high level of recuperation will be activated as soon as the driver releases the accelerator. When approaching a vehicle ahead, the drive unit will again switch over to the generator function in order to feed energy back into the high-voltage battery. When combined with an anticipatory style of driving, adaptive recuperation allows more than 90 percent of all deceleration to be performed using Brake Energy Regeneration alone, without any need to trouble the braking system.”

The amount of regenerative braking can be modified through the iDrive menu, with the maximum recuperation power being 195 kW.

Slapping the drive-selector lever (Reverse-Neutral-Drive) to the left from the D position to the B position activates a form of one-pedal driving. In the B position, the maximum amount of regen occurs upon easing off the accelerator pedal, thus mitigating the need for the brake pedal in many situations.

According to BMW, its one-pedal setup with an intense level of regen lends itself to very sporty driving with frequent quick switches between accelerating and decelerating.

It all works. The adaptive regen system did its part when I sampled it, but I preferred to keep the i4 M50 in B for the one-pedal operation. One-pedal braking is easy to engage and very effective.

The suspension system, which has driver-adaptable shock absorbers, can be modified for driving situations. The front and rear shocks are controlled electronically and individually for each wheel. This increases agility and body stability during cornering, while also enhancing ride comfort.

The Gran Coupe features rear air suspension, whose automatic self-leveling feature keeps the car at a constant ride height when carrying a heavy load. The air suspension has been configured to increase ride comfort and sharpen handling abilities by greatly reducing body pitch and roll.

All the pieces work smoothly together as described. This is a driver’s car, one which responds quickly to any inputs. The ride is supple, a bit hard in sport mode, but not uncomfortable. Impressive is the only way to describe the feeling when you press on the accelerator.

BMW for years has had the tagline of “the ultimate driving machine” and with the i4 M50 Gran Coupe, the words seem very real.

The interior is as modern as the powertrain

I have concentrated this review on the dynamic properties of the i4 M50 because it is foremost a performance car. It is also a modern premium vehicle from one of the world’s leading producers of high-end motoring. As such, its cabin is filled with the most modern amenities and technology.

A 30-inch panoramic flat-screen module containing the information cluster (left) display and infotainment/navigation/vehicle-control display (right) rises from the dash, dominating the front of the passenger compartment.

A voice assistant can take verbal commands and turn them into actions, from setting the temperature to changing the satellite-radio channel.

There is a complete, comprehensive suite of advanced driver-assistance systems (ADAS) as well as a navigation system that can interact with the regen braking system as well with the ADAS to

There is a lot to the BMW i4 M50. It has supercar performance capabilities married to modern technology. It is not inexpensive (base price of $65,900 with an as reviewed price of $76,670), but considering all of its capabilities, it represents a lot of car for the money. And I cannot think of anything quite like it. This might be the most modern iteration of the sport sedan yet. 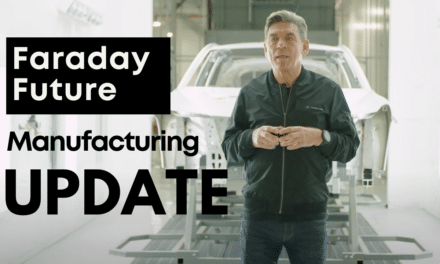 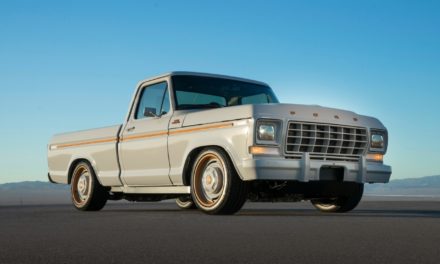 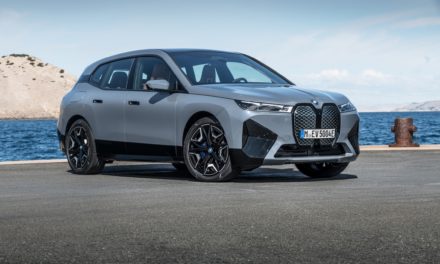 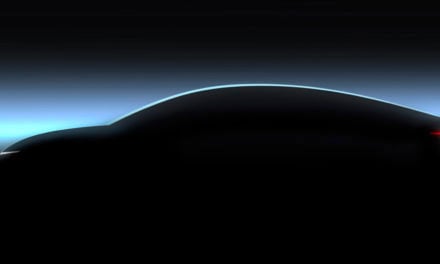