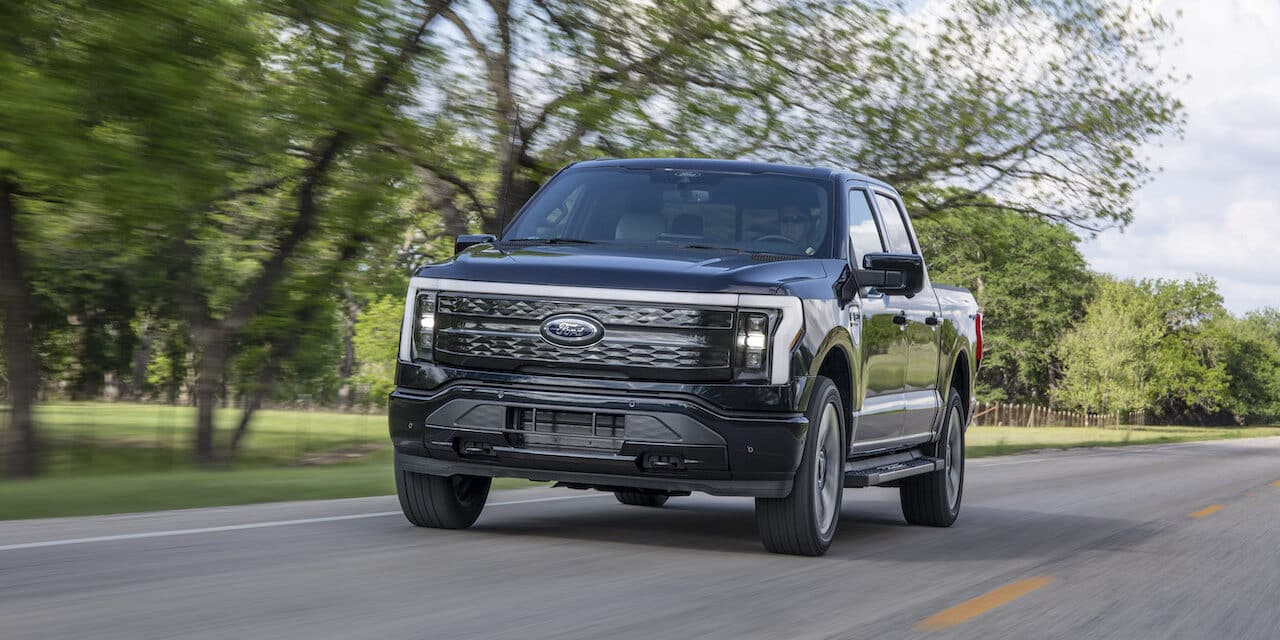 CHATHAM, Mass. – The Ford F Series remains America’s most popular line of vehicles and one reason is the Dearborn company continuously enhances and expands the truck range, adding leading-edge features and versions. The latest is the first mass-market, full-size electric pickup, the F-150 Lightning unveiled in 2021.

The EV Report recently spent a week in a 2022 F-150 Lightning Platinum, the top-of-the-range. The comprehensively equipped crew-cab pickup has a huge amount of room inside for five occupants in near luxury-car comfort.

The overall Lightning Platinum experience somewhat mirrors my previous one in Ford’s flagship pickup with the added benefit of unique Lightning features like the huge frunk (front trunk) and the ability to pass every gas station.

A pair of electric motors, transverse-mounted front, and rear, provide the F-150 Lightning with full-time four-wheel drive. In addition, equipped with the extended battery, which is standard on the Platinum trim (and even more comprehensively equipped Limited version), the Lightning is the most powerful F-150 ever produced – a calculated 580 horsepower (433 kW) and 775 pounds-feet of torque (1050 Nm).

This powertrain produces a quick truck, and, since it is electric, it moves without engine or exhaust noise, a virtual stealth machine. The automotive media which puts a stopwatch on the process reported a performance-car like 0-60 miles-per-hour time of 4.4 seconds for the Lightning. And, thanks to the instantaneous torque generated by electric motors, the oomph is there every time you want it, allowing the Lightning to scoot; not normally a pickup quality.

The Lightning battery, which sits low in the frame providing a lower center of gravity (and more sure-footed handling) than the other F-150 models, features a liquid-cooled, lithium-ion pouch design with internal management, and 131 kW energy capacity.

Keeping the battery charged is enhanced by Ford’s inclusion of a dual on-board charging system which allows everything from plugging into a standard 110-Volt outlet to using a Level 3 DC fast charger. Using a 240V system at home means adding some 30 miles of range per hour and fully charging from 15 percent to 100 percent in about eight hours.

On the road, Lightning owners have access to the BlueOval™ Charging Network, North America’s largest public charging network through FordPass, with more than 63,000 charging plugs and growing across the U.S. On a 150-kilowatt DC fast charger, the extended-range F-150 Lightning is targeted to get up to 54 miles of range in 10 minutes and charge from 15 percent to 80 percent in about 41 minutes.

The F-150 Lightning takes the guesswork out of when and where to re-charge with FordPass Power My Trip, which identifies charging routes before even starting your journey. In the truck, Intelligent Range accurately calculates range while factoring in weather, traffic, payload, towing weights and more. Cloud-connected navigation on SYNC 4 also identifies public charging locations and prompts owners to charge at convenient points on each drive.

In daily driving, the kind I did, a fully charged battery translated into more than 300 miles of range — I saw 342 as the projected range after one night of charging – but the actual distance is depended upon how much of the truck’s performance you use and load, especially trailering.

Speaking of which, the Lightning is rated for up to a maximum of 10,000 pounds trailer capacity and up to 2,000 pounds of onboard capacity, including the unique frunk rated at 400 pounds.

Under the hood is a versatile, high-tech mega power frunk offering dedicated storage space that’s secure, lockable, and easily accessible by a powered open and close system. Ford says the space can hold two carry-on bags and one checked bag, or two sets of golf clubs.

I found it perfect for grocery bags, small boxes left by my mailbox, and the like. The frunk means you do not have to use the passenger cabin for carrying things like grocery bags or packages – a great plus, for example, when taking folks to the airport. Luggage in a pickup bed can be awkward to retrieve if it slides forward during the trip.

As Ford described, “It can easily power a mobile work site or an epic tailgate. With 2.4 kilowatts of power, there’s enough capability to plug in power tools, TVs, laptops, speakers, crockpots and more.”

A SCREEN THAT SCREAMS MODERN TRUCK

Despite the vastness of the F-150 Lightning crew cab’s interior, the 15.5-inch vertically oriented touch screen at the dashboard’s center dominates. Like a similar unit in the Ford Mustang Mach-E, the monster tablet-like screen is the heart of the Sync 4A infotainment system with integrated navigation as well as home to controls for vehicle systems and settings.

The bottom row of the LCD panel, surrounding the oversized rotary volume knob, are climate-control “buttons,” thus allowing easy access to this function. On-screen menus allow for tailoring of all the other truck systems including advanced driver-assistance (ADAS), lighting, door locks, navigation, entertainment (including wireless Apple CarPlay and Android Auto), seats (heated, front and rear; leather trimmed in all spots), to name a few.

The front seats feature ventilation along with heating as well as full power adjustment (the passenger’s being able to recline to a virtual bed) and are as comfortable as they appear. The driver’s position can be fully tailored to personal needs thanks to the electric adjustment for pedals, steering wheel, and seat – all of which, along with the outside rearview mirror positions, can be stored in memory.

A cavernous main storage area in the center console has a cover that – when the transmission selector is retracted with a push of a button – flips forward creating a large, hard-plastic work surface. Cubbies, bins, and shelves fill other areas from the door panels to the lower console to the dash (including two covered glove boxes, one lockable). There is also lockable storage below the rear seats, which can be folded 60/40.

All occupants have multiple cups and bottle holders just inches away as well as USB, 100V, and 12V outlets.

My unit also had Ford BlueCruise™, the company’s virtual self-driving system. I tried it briefly on I-495 and it worked! The system modulated speed depending upon traffic and even changed lanes! Not an extensive test, but an encouraging one.

THE COST OF ELECTRICITY

We drove a 2022, but Ford recently announced the 2023 pricing for the Lightning (all the 22s have been sold), so I will discuss the latest.

All are priced above other versions of the F-150 but bulging order books prove Ford has definitely found an audience that thinks there is great value in an electrified version of America’s truck. I loved my time in it and know this is a full-size pickup I could easily live with for many years. 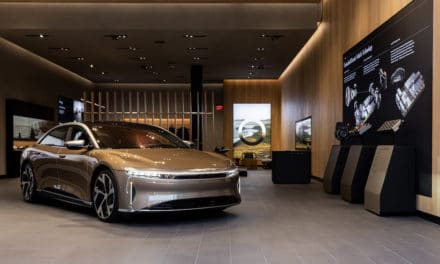 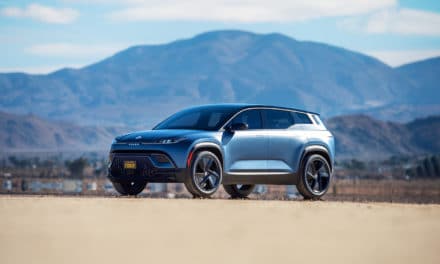 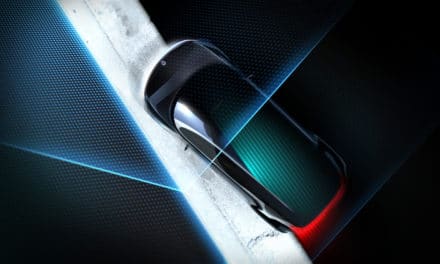 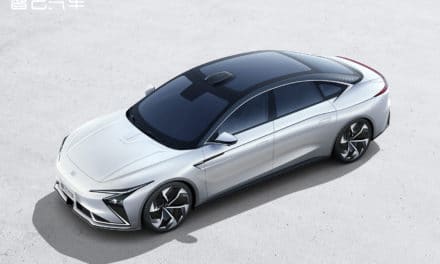