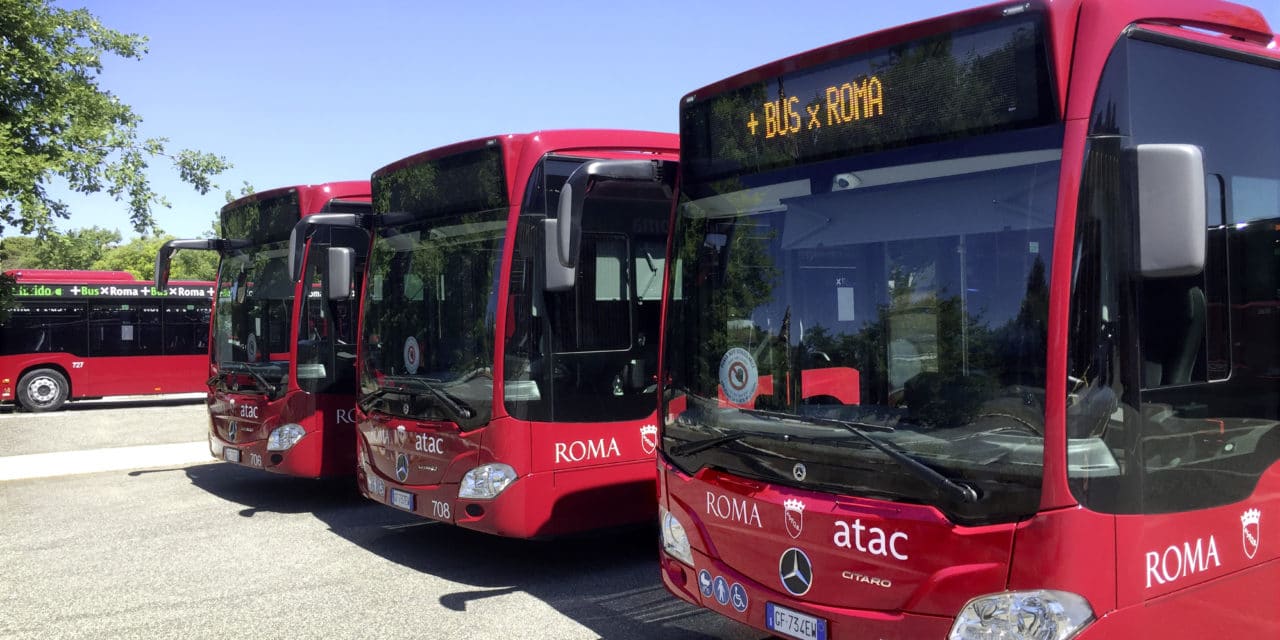 Stuttgart / Rome – Rome-based transport company, Atac, will receive 100 Mercedes-Benz Citaro hybrid buses. The city buses are to be delivered in three lots between June and the autumn of this year. They are part of an ambitious investment programme to modernise the bus fleet of the transport company in Italy’s capital. One of the company’s goals is to significantly reduce pollutant emissions.

Heinz Friedrich, CEO and President of EvoBus Italia: “We are delighted with this large-scale order from Rome, the Italian capital. We are supplying Atac with a city bus equipped with the most efficient and sustainable technology in the segment.” The current large order signals the return of EvoBus Italia to the capital; the company has already supplied buses to Atac – 450 Citaro between 2001 and 2005.

The new vehicles are painted amaranth red and have a band that runs around the upper section of the bus bearing the wording “+ Bus x Rom + Bus x Rom” – which stands for “more buses for Rome”. The solo buses for Atac are equipped with two passenger doors and are fully air-conditioned. A protective glass driver’s cab door prevents close contact between the passengers and driver which protects the driver from infections. Both the air conditioning system and the air conditioner housing are fitted with anti-viral active filters. A CCTV system provides for safety onboard and a counting system records the number of passengers. The vehicles are also equipped with GPS surveillance and a telematics system assists fleet management.

When compared with conventional city buses with a combustion engine, the Citaro hybrid buses reduce fuel consumption and in turn emissions by up to 8.5 percent. A highly-efficient and compact hybrid module assists the efficient, low-emissions diesel engine. An electric motor converts energy into electricity when the vehicle is coasting or braking. It is stored in high-performance capacitors, so-called supercaps. The electric motor assists the combustion engine when the bus pulls away. The Citaro hybrid is also equipped with intelligent eco steering, an electrohydraulic steering system. It operates in a need-optimised way and likewise helps reduce fuel consumption in local city transport.

Atac plans to modernise ten percent of its city bus fleet annually. The emissions from the 100 Citaro hybrid buses are lower than those permitted by the current strict Euro VI emissions standard. The buses replace Euro-III vehicles which have been in operation for more than ten years. In addition to environmental conservation, Atac focuses on the safety and efficiency of its city buses. This is shown not just in the decision to buy the Citaro hybrid buses but also in a full-service contract for a ten-year period. As part of the contract Daimler Buses will be responsible for maintenance work on the buses, providing its own personnel in Atac’s depot. Servicing will be guaranteed by Omniplus with its BusWorld Home in Monterotondo, only a few kilometres north of Rome.

Atac is one of Europe’s largest municipal transport companies

Atac – which stands for Azienda per i Trasporti Autoferrotranviari del comune di Roma – is Italy’s number one municipal transport company and one of the largest companies of its kind in Europe. In addition to the extensive bus network in Rome, Atac operates trams, three underground train lines and train routes in the suburbs. Vehicles depart from 320 final bus stops and stations and cover around 8500 stops. The company also operates car parks with space for around 70,000 vehicles. 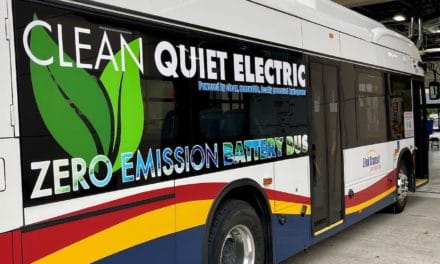 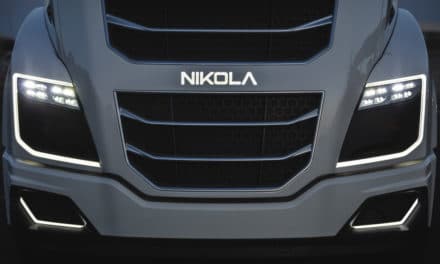 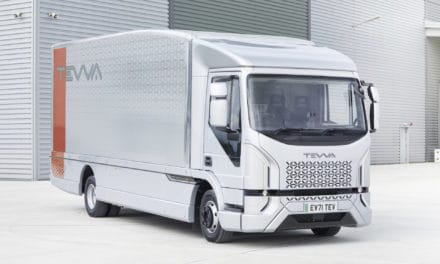