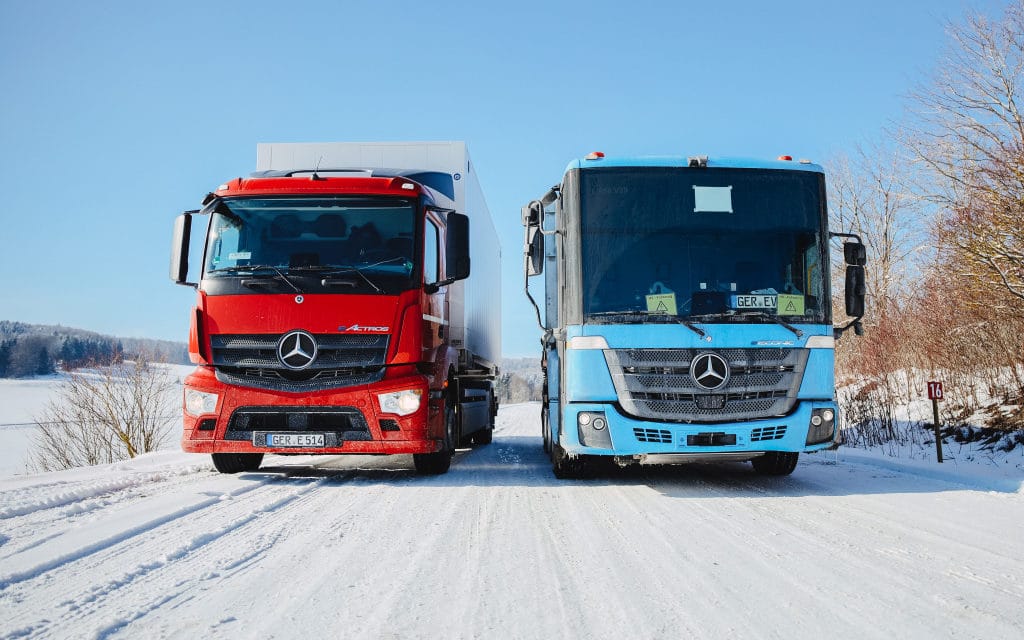 Stuttgart — Near-series prototypes of battery-electric trucks from Mercedes-Benz face snow and ice, both in everyday transport operation at customers and in intensive use on the test track. Test engineers from Mercedes-Benz Trucks put the eActros and the eEconic through an in-depth series of different tests on the Swabian Jura in the freezing cold of February this year. The experts paid special attention to the behaviour of the batteries and the electrical powertrain under extreme weather conditions. The thermal and energy management systems were also intensively tested. These systems ensure that both the powertrain and the driver’s cab are maintained energy-efficiently at the right temperatures even when the outside temperature is extremely low. The eActros has also been driving successfully through wind and weather as a prototype in customer operations since 2018. The latest tests confirm that the eActros and the eEconic are capable of operation in winter conditions!

The launch of series production of the Mercedes-Benz eActros for heavy-duty distribution is planned for this year. However, the series-production eActros will be significantly superior to the current prototype in some aspects, such as range, drive power and safety. Series production of the Mercedes-Benz eEconic low-floor truck for municipal operations, which is based on the eActros, is scheduled for the coming year — the first customer tests are currently being planned. The eEconic will mainly be used as a waste-collection vehicle in urban waste-management applications. 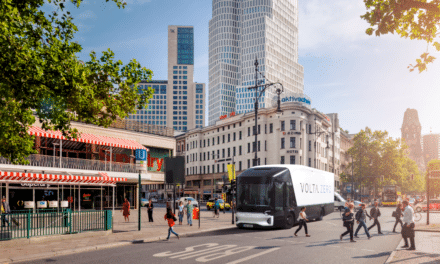 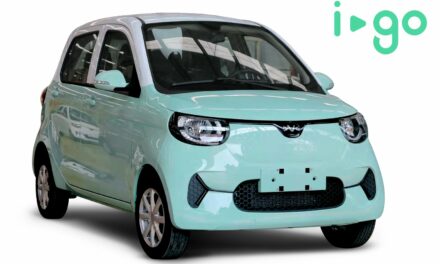 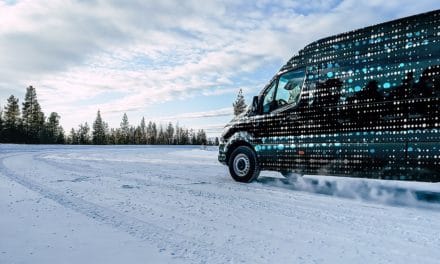 Winter Endurance Tests for the Next Generation eSprinter 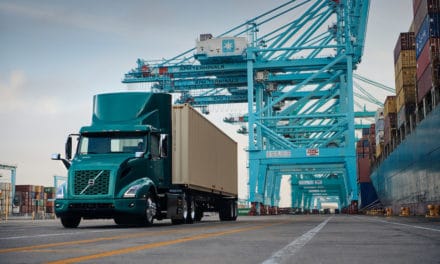