A total of €1.6 billion to be invested in e-mobility research and development by 2025

Munich – The TRATON GROUP is systematically preparing for the transition to electric drives. The commercial vehicle manufacturer has now decided to invest a total of €1.6 billion in research and development for e-mobility by 2025. An e-mobility investment of €1 billion had been planned originally over this period. At the same time, TRATON is scaling back investments in conventional drives for these to make up less than one-fifth of its product development in 2025. This means that by then, the share of product development dedicated to electric mobility will have doubled.

“TRATON is setting a clear focus on electric trucks. This transition will not happen overnight. It will be gradual, sustainable, and in line with the required network expansion. If there is no charging infrastructure, it will not work,” said Matthias Gründler, CEO of TRATON SE.

The TRATON GROUP brands have already set concrete targets for 2025 and 2030: electric vehicles will make up around 10% of Scania’s European unit sales in 2025, with half of MAN’s new buses also equipped with an electric drive system by the same date. By 2030, every second vehicle sold by Scania will be powered electrically and at least 60% of MAN’s delivery trucks and 40% of its long-haul trucks will be zero-emission.

When it comes to alternative drives, TRATON’s main focus is on battery electric vehicles. Nevertheless, hydrogen technology may well come into its own in niches. Most of the time, pure electric trucks will outperform their hydrogen counterparts as the more cost-efficient and eco-friendly solution for trucks, especially long-haul trucks. “This is because compared to electric trucks powered by batteries alone, hydrogen trucks have one major drawback: just one quarter of the energy output is ultimately used to power the vehicle, with the other three quarters lost along the way from the energy source to the road. This is the other way around for electric trucks,” explained TRATON CEO Matthias Gründler.

You often hear that hydrogen trucks are something for the long haul and electric trucks the preserve of short-haul applications. As far as TRATON’s CEO is concerned, this is not true. Instead, he believes that the profitability of an electric truck and the amortization of its batteries come down to constant, heavy usage. And this is especially the case in long-haul heavy-duty transportation. Having said that, hydrogen trucks are also likely to take hold on the market in the next ten years. Take long-haul coaches, for example, whose brief stops en route are not enough to charge them sufficiently. Hydrogen trucks may also play a role in regions where green hydrogen is particularly cheap, say near the North Sea wind farms or at ports. 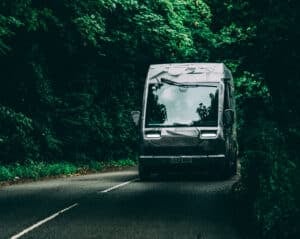 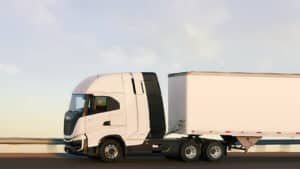 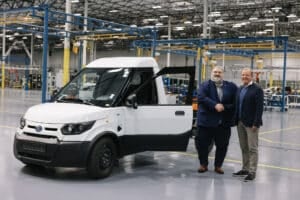